That’s what “they” call it.

After a rainy hiccup in Portland, my run of sunny days picked up again in Seattle.

These are photos that I took from the ferry to Bainbridge. The sky was so blue and clear that I could see the mountain ranges clearly, and even get a surreal glimpse of Mount Rainier. 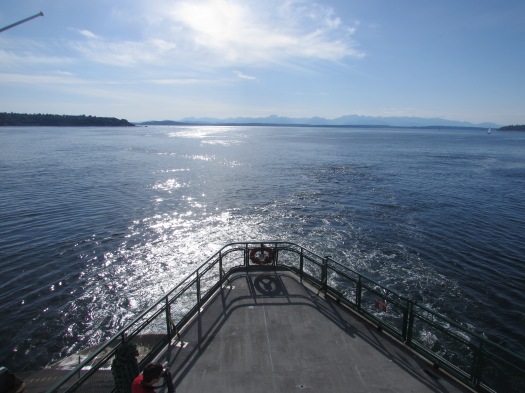 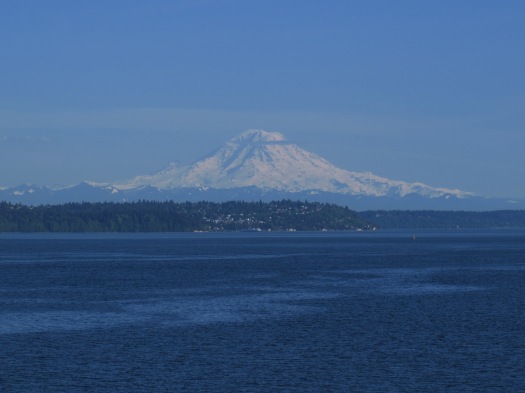 It was really stunning, and shortly after I came back to shore I was able to see a pink sunset over the horizon – unfortunately my camera had died at that point. Considering I had expected nothing but drizzle, I felt very blessed. 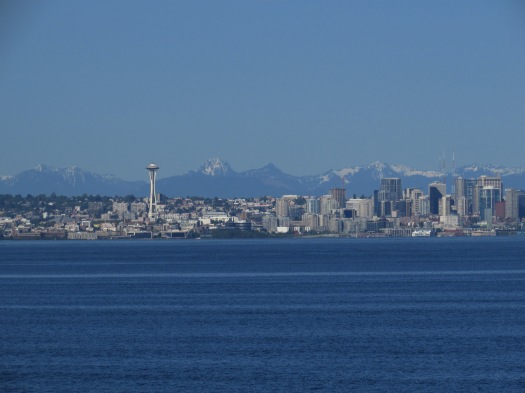 While less colourful and diverse than California, the Pacific Northwest definitely has its charms. Seattle was a real delight. Bike-friendly, an important business centre (a lot of suits), a beautiful waterfront and plenty of cultural history to explore.

The EMP Museum was one of the more quirky museums I have been to. Instead of having a whole lot of objects on display, it seemed to have mastered the art of the “experience”. What was on display, though, were a lot of smashed guitars, mostly from Jimi Hendrix and Kurt Cobain.

remnants of guitar smashed by Jimi Hendrix, a Seattle native

There were many guitars that were not smashed, too.

Somebody recreated tall buildings of the world with Lego, and they were on display too. 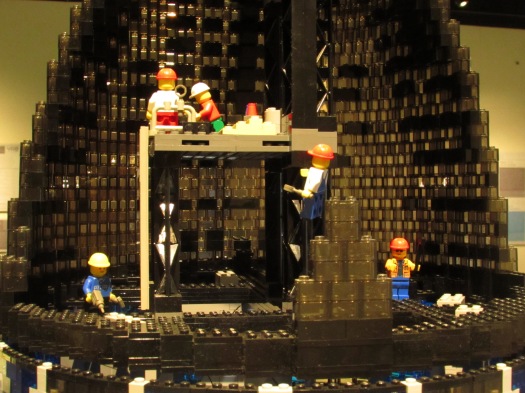 Along the waterfront is the Olympic Sculpture Park. 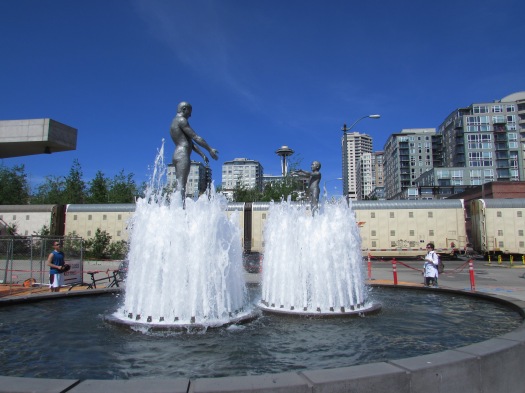 Because the weather stayed fine, and because I could, I went on a bike tour organised by my hostel.

We rode around the coastline to the little haven of Alki Beach, where there were more blue skies and more views of the mountains.

And so I learned to love the Pacific Northwest.