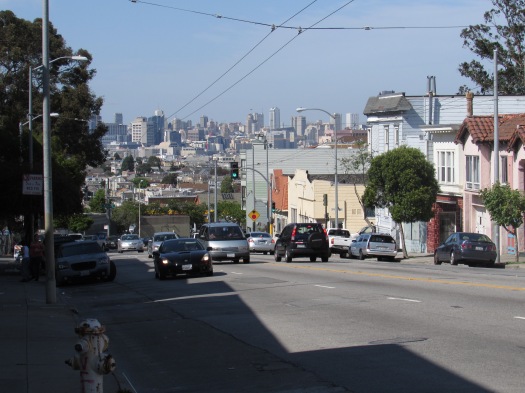 Ever since I was a young nerd watching music documentaries, I’ve wanted to go to San Francisco. 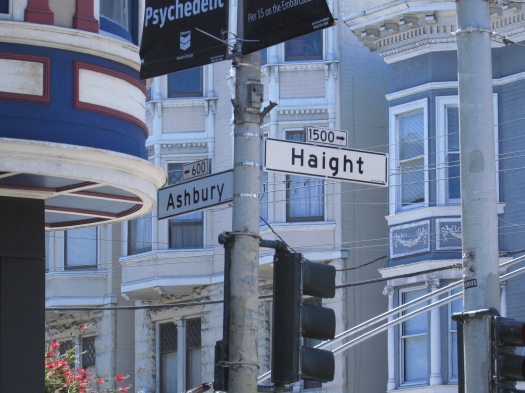 But strangely, until I got to the airport, I had forgotten all about all those hours watching VHS and dreaming about wearing tie-dye and walking through Haight-Ashbury. It wasn’t until I was settled in my temporary home that I realised. “I’m HERE!” I was so excited. I couldn’t sit still.

The next day was sunny and I walked up Valencia St, then onto Haight. The pastel houses and blue sky were so bright that I actually felt giddy. I was full of energy and it seemed like the city was, too.

My week in San Francisco was really wonderful. The people I met were all positive and interested in the world. The sun shone every day, and all the food was delicious. 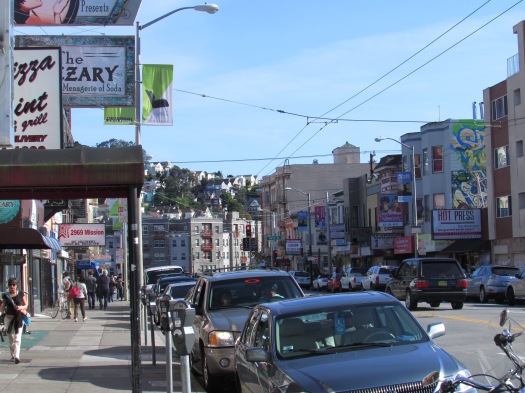 I stayed in two different rooms, because I extended my stay to a full week. They were both in the Mission, which is colourful and vibrant, and very Hispanic. I saw avocados for sale there for 79 cents! It wasn’t really near Downtown but one great point about San Francisco is that it’s quite easy to get around with public transport. You can always use Uber or Lyft as well. 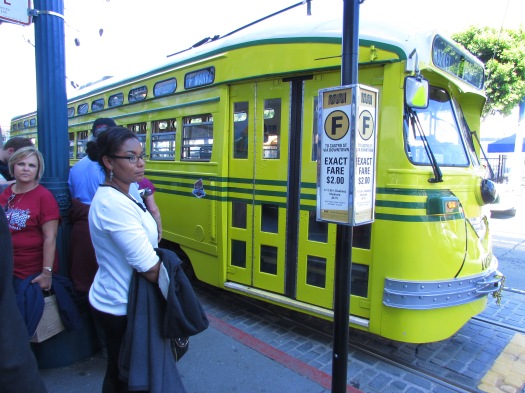 Fisherman’s Wharf is nice to visit for a few hours but every local knows that it’s where all the tourists hang out. I enjoyed being among all the people and next to the bay. 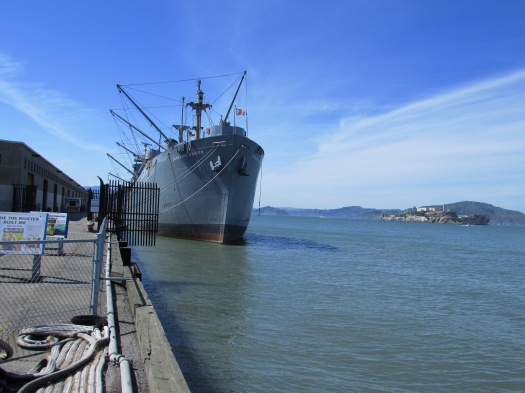 I didn’t visit Alcatraz. I’ve been to a few prisons before as a tourist and find it consistently depressing. But to each their own. I found a museum of antique arcade games which you could still play for a quarter. They were creepy. 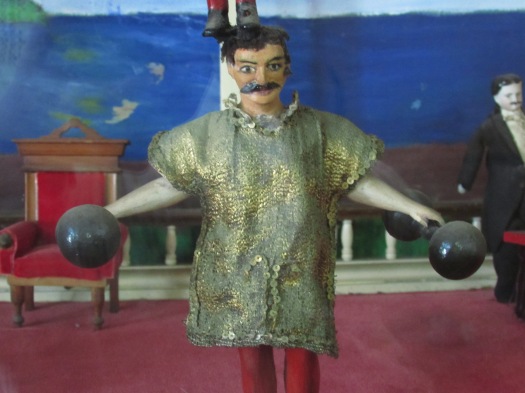 One of my days was spent riding over the Golden Gate Bridge and I’ve already written about that. When the weather turned chilly later in the week I headed to Golden Gate Park. 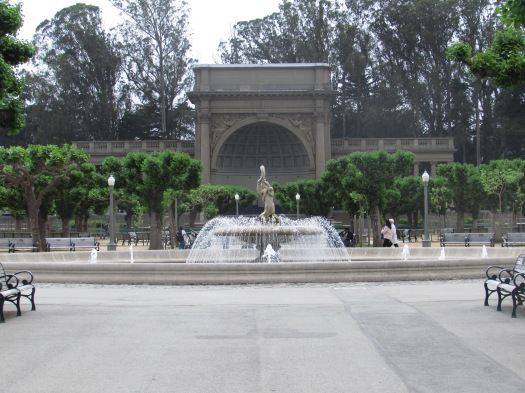 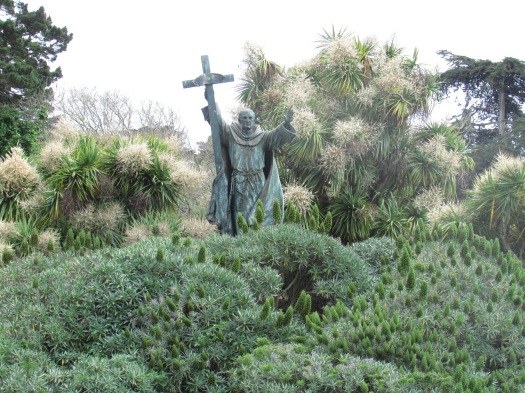 You could spend days exploring the park and I guess that plenty of people do, but I went straight for De Young museum to explore their art galleries. There was a special exhibition of Georgia O’Keeffe’s works from her time at Lake George. These paintings were compelling but I have to admit I rushed through them so I could see the rest of the museum before closing time. One California-inspired painting really stood out. 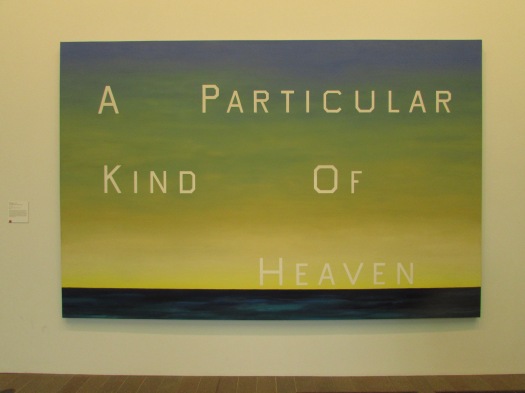 “A Particular Kind Of Heaven” by Ed Ruscha

Anyone who has listened to the podcast 99% Invisible recently will have learnt about Sutro Baths. They are ruins of an elaborate bathing complex built in 1898. Imagine my delight when I realised that I could actually visit Sutro Baths! It was every bit as lovely as I imagined. It was windy and cold but the sea was sparkling and the air was fresh and salty. 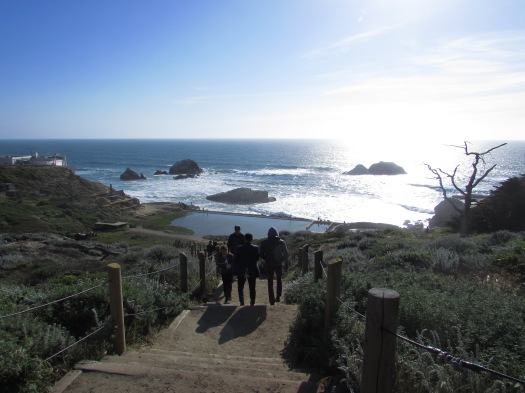 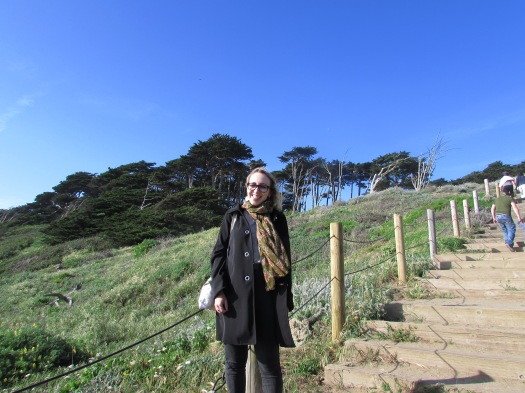 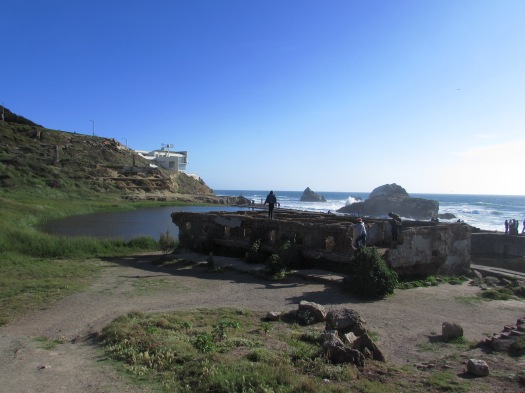 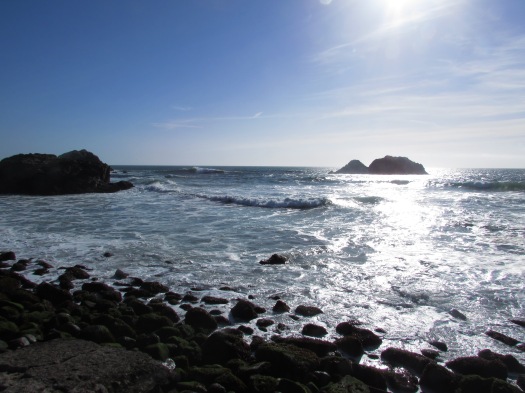 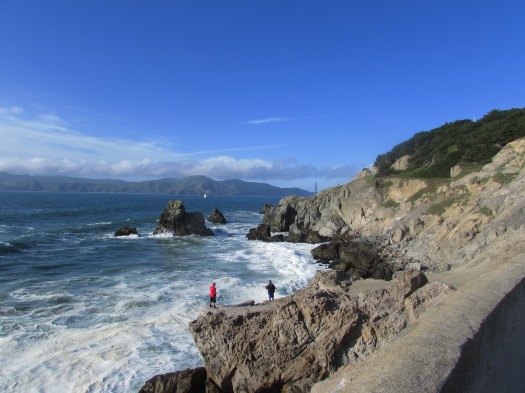 My run of sunny days continued right up to the Sunday before I left, when I got up early to climb the big hill at Bernal Heights Park, which had spectacular views of the shiny city – my new favourite place. 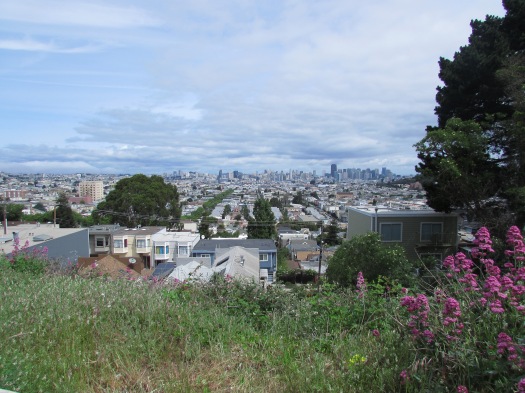 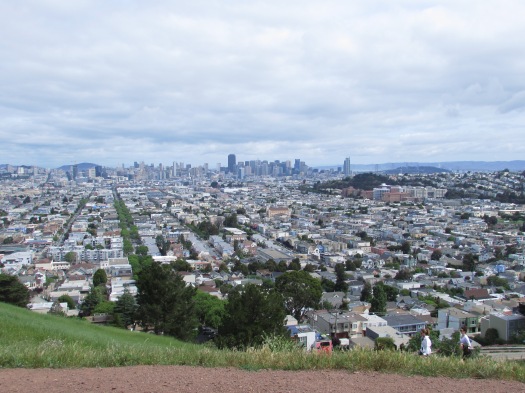 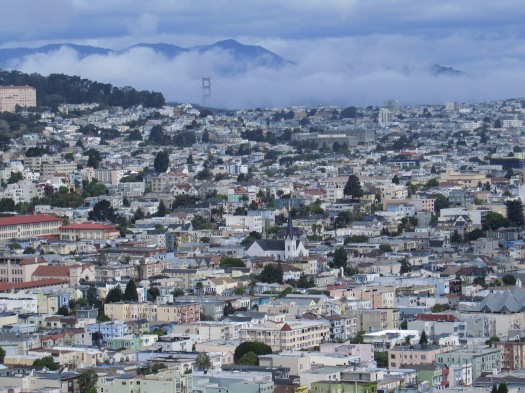 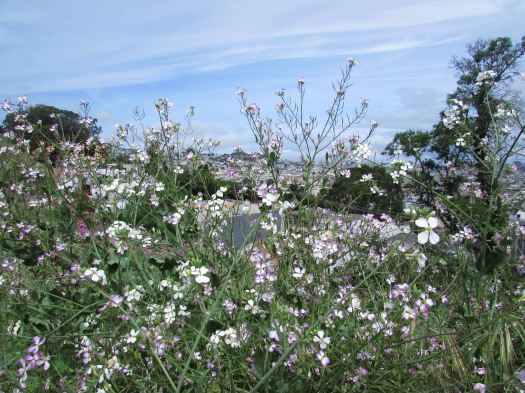 I even saw a snake. A passerby noticed it and told me that it was a gopher snake. Not very scary. 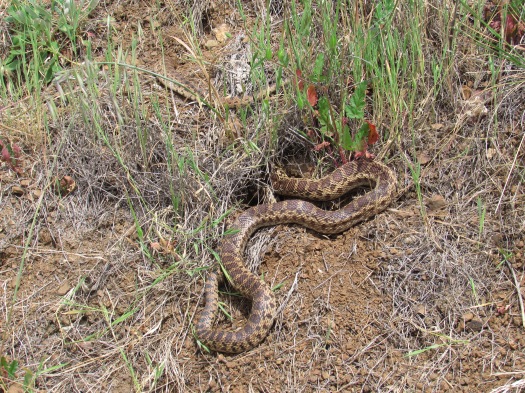 The people I was staying with (I am now a big fan of Airbnb) invited me to join them at the How Weird Street Faire. People danced and smoked and drank in the sun, every costume more bizarre than the last. It was great. 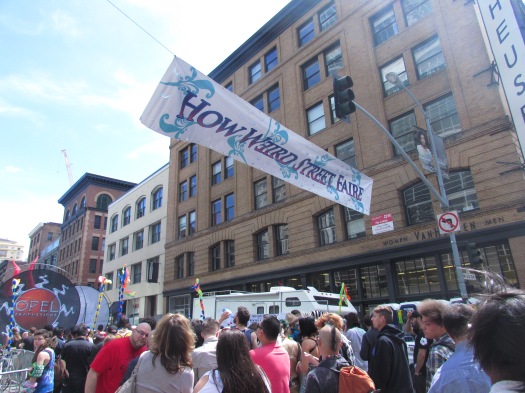 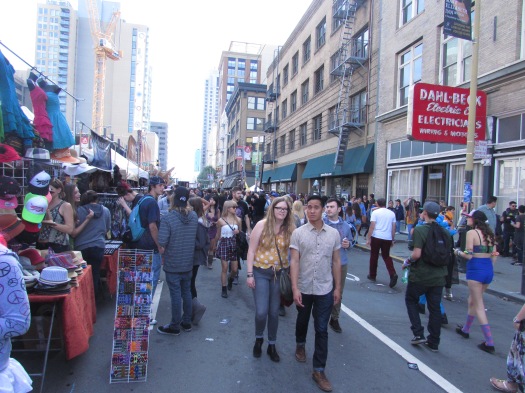 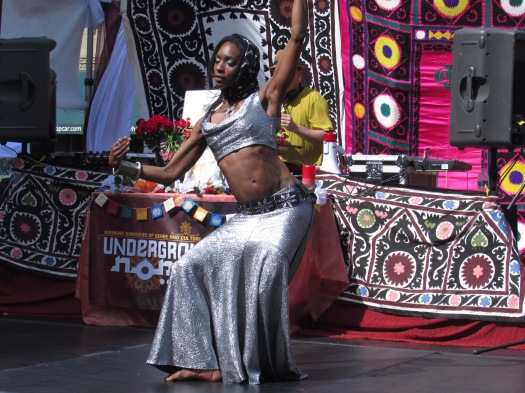 I hear that the Folsom Street Fair is more crazy though. Something for next time.

I left for Oakland to get my train to Portland, feeling very grateful for everything I’d seen and all the people I’d met. What a beautiful, fascinating place. It was a sad goodbye to California.

I woke up in Oregon.