I’ve always loved cycling and am missing my nice old Schwinn quite a bit while I’m away. Before coming to San Francisco I’d heard that a nice thing to do was to hire a bike and pedal over the famous red bridge to the little towns on the other side. I didn’t waste any time – in fact, it might have been better to wait an extra day to avoid doing this big trip on the hottest day of the month, but such is life. 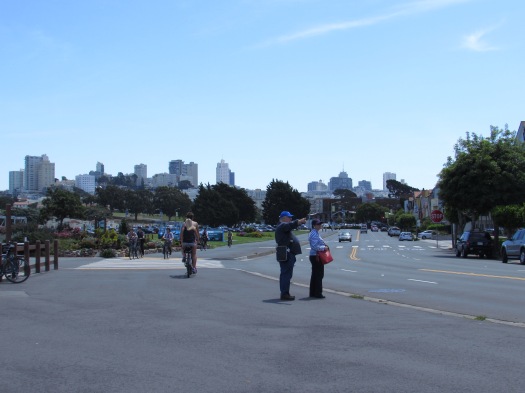 There are plenty of bicycle hire shops in SF but I chose Blazing Saddles because I could get a discount for booking online. It was $36 for the full day and they gave me some maps and directions. I still got lost, but that was all part of the fun – thank goodness for Google Maps.

I rode along the bay to Fort Point, also known as the spot in Hitchcock’s Vertigo where Madeleine is about to jump into the San Francisco Bay. What a film, what a city! 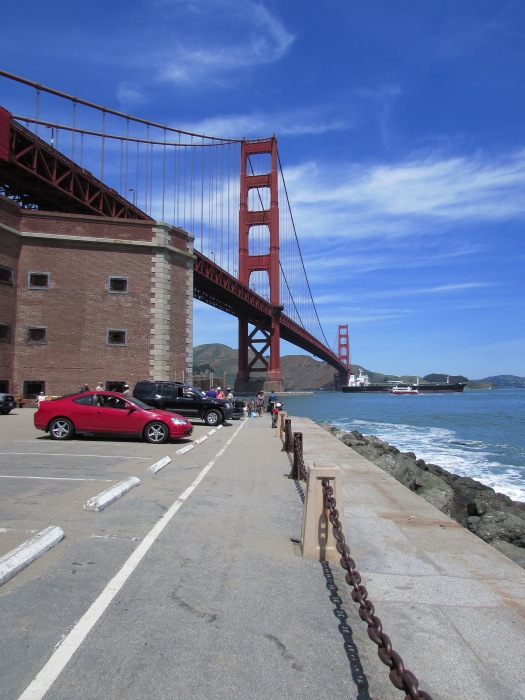 The climb up to the bridge’s entry point was the most strenuous part of the whole trip, made worse because I was wearing jeans – I really didn’t bring a lot of outfits to the States. I got up to the bridge all sweaty and red-faced but absolutely loving it. Look, there’s the city, and we’re all standing on the GOLDEN GATE BRIDGE!! 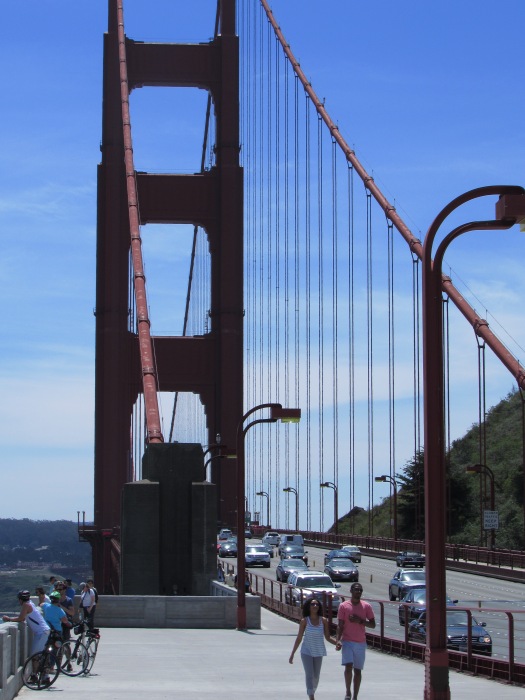 From there the ride was pretty easy, down to the little seaside town of Sausalito. 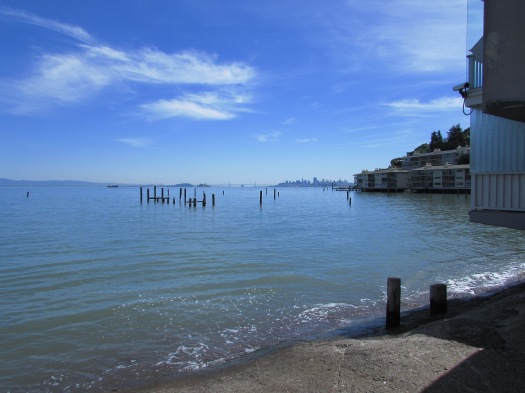 Some bikers get the ferry back from there, some go on into the forest to see some redwoods, which I intended to do, but in the end I continued on to the next town on the water which is called Tiburon.

Riding around on a hot day past the green hills and little rivers, I was the happiest girl in the world. I had no idea that the Bay Area looked like this – what a stunner! 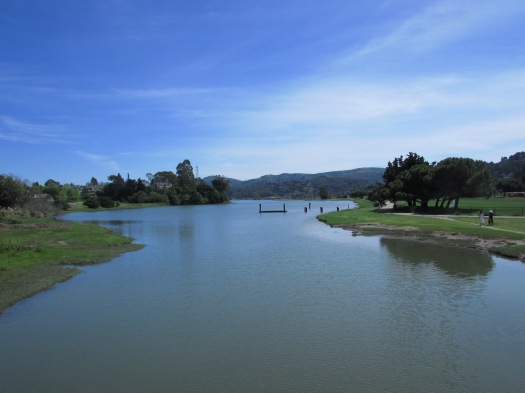 When I reached the ferry terminal at Tiburon, I got off my bike and starting seeing stars. It had been a long ride – I think about 25 kilometres and it was about 29 degrees that day. I staggered over to the cafe on the wharf and guzzled an iced coffee while I waited for my boat. 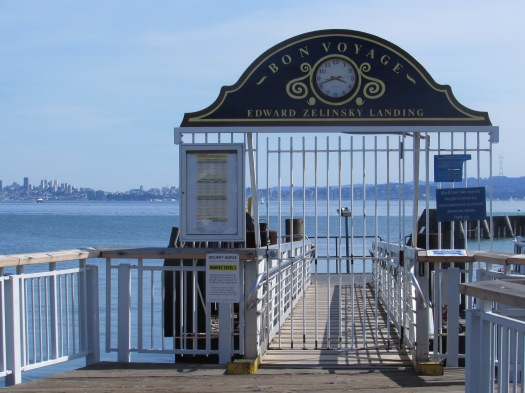 Ferry terminal at Tiburon, with SF in the background across the bay

This was probably the only “touristy” thing I did in San Francisco but ended up being one of the best things I’ve done, ever. Gorgeous weather, amazing scenery and some much-needed fitness and fresh air. I’m still raving about it.