On my last night in Mexico City I went up to my hostel rooftop with bare feet. There was a cool breeze which carried music from a bar somewhere, and I could see the city lit up all the way to the glittering hills on the horizon.

Before visiting Distrito Federal I had never set foot in Latin America. Stories and photos from more adventurous amigos had persuaded me to buy some flights from California. It was my first dip into a world that I had previously never given much thought.

I was immediately out of my depth. Arrogance or laziness, probably both, had convinced me that I would get by easily with a couple of vaguely correct (in pronunciation) words of Spanish and a cheerful demeanour. I was completely useless. I couldn’t even order what I wanted to eat (my attempt at procuring a milkshake was a mild disaster) and I stood out painfully with blondish hair and misguided wardrobe choices.

But that was no reason not to enjoy the beauty of the Centro Historico – slightly leaning monuments to colonial grandeur like the National Palace, Palacio de Bellas Artes and the city cathedral. 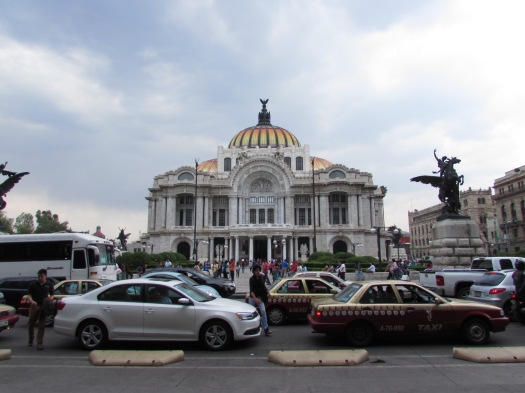 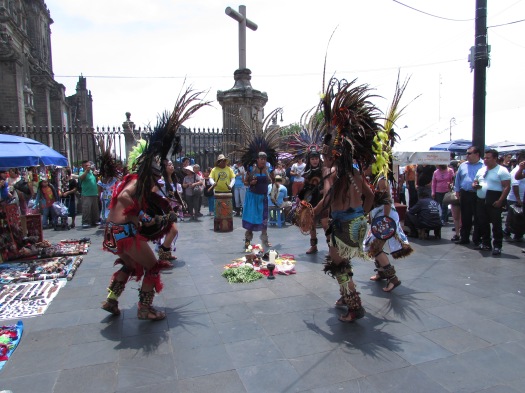 Mexico City has, I’ve read, more museums than any other city in the world, and displays its turbulent history with pride. Pre-hispanic cultures are honoured everywhere and I had the opportunity to see a whole lot of artefacts from the Mexica (Aztecs) – the massive Anthropological Museum is one example.

One night I drank some beers at nice little bars in well-to-do areas with some Australian friends who were studying at the biggest public university there. They had a lot of stories and said that they felt like the vastness of Mexico City meant that they hadn’t really been able to scratch the surface. One of them was living in a beautiful casa in lovely Coyoacan, painted red and with a front courtyard where we had a, well, energetic fiesta.

Frida Kahlo and Diego Rivera lived together in the same neighbourhood as my friend, for many years in the famous Casa Azul (Blue House). Walking through the museum that is there now, I was almost teary at the love and admiration that had obviously been employed in arranging the objects of the wonderful lady’s colourful and troubled life. Her studio remains intact, with bottles of paint next to the easel with a wheelchair in front of it. Her death mask lies on her “day bed”, wrapped up in a scarf, and her ashes reside on the dressing table in an urn shaped like a toad – apparently referencing her pet name for Diego. There was a special exhibition of her wardrobe – colourful dresses and scarves, but also her medical apparatuses like corsets and braces, decorated with drawings and little mirrors stuck on them. It made me uncomfortable to think that we were all looking at something so personal of Frida’s, but maybe she would have enjoyed the thought. 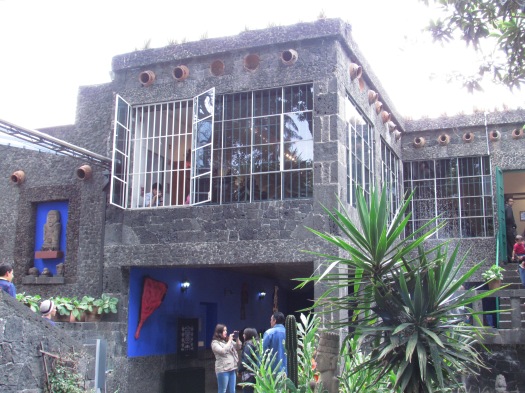 Diego Rivera’s work is pretty hard to miss in Mexico City. A very notable example is his mural of Mexican history which adorns the top of the staircase at the National Palace, from where Cortes once ran his new dominion. It’s vivid and slightly unsettling, but striking – what I imagine all his and also Frida’s work to be. 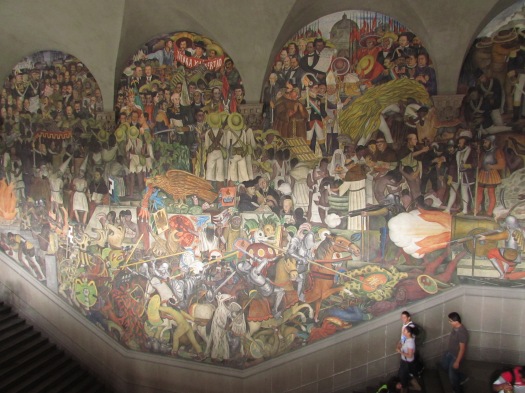 Behind the National Palace, archaeologists discovered the ruins of the old empire’s centre point – the Templo Mayor.

On my last morning I left my hostel and rushed over to the Palace of the Inquisition. I didn’t even know that it existed until the night before, when, to my delight, I discovered that it now housed a Museum of Mexican Medicine. When I arrived I must have been the only visitor. This grand old building with its bright yellow walls and sunny courtyard – all to myself, although I could only imagine what horrors it had seen in past centuries. 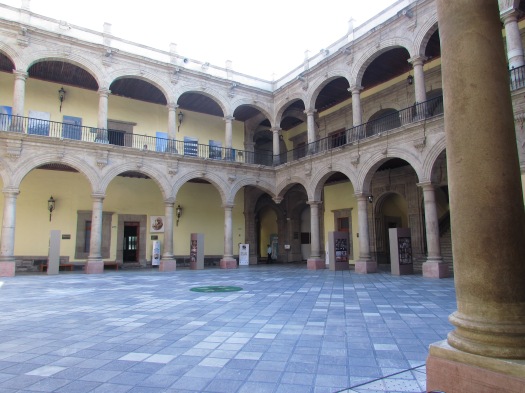 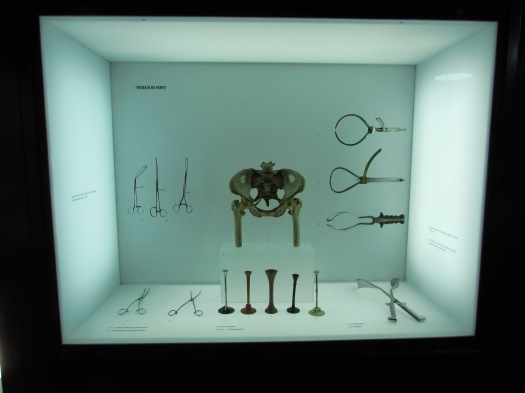 I spent so long there that I ran out of time to have a last meal of street food tacos with plenty of chilli and lime. I felt like I had seen and learnt so much in a few days that if that was my biggest regret, I did pretty well.