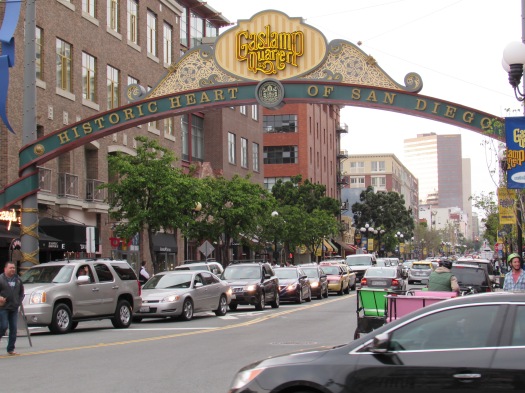 Before coming to San Diego the only things I knew about it, ridiculously, were from Anchorman. It’s actually a wonderful city will friendly locals who smile at you on the street, clean, wide streets and lots of sunshine.

California actually “began” in San Diego. Tourists can visit the Old Town, which has a lot of original or restored buildings from the Spanish colonial years. The stories of people living and working in the fledgling state were amusing and at times, very sad. Plus the Old Town has a beautiful old hacienda with a garden that was especially lovely under the California sun.

San Diego is an important military city as well. There are numerous military bases, including the large Pacific Fleet navy base which most people know about, and, consequently, a lot of handsome military men.

I trekked out to a gargantuan bunch of malls outside the city and bought a new camera, and then tested it out at the famous San Diego Zoo. The entry price is fairly steep ($48) but it provides a whole day’s worth of entertainment. One of my Lyft drivers (it’s a rideshare app that is big in California) told me that his main motivation for visiting the zoo would be not to see the animals, but to check out the people! He had a point. It was Easter Saturday, so Californians in their thousands were enjoying a day out at the zoo. I took some shots. 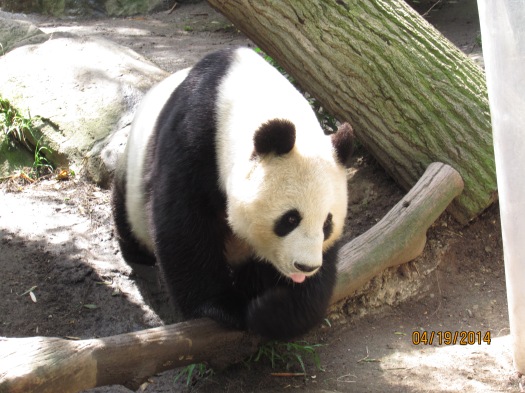 And the one I am most proud of, the Sad Tiger.

So, I’m off. I’ve actually left the country already but this is an interview I did with Sally Knight on ABC Overnights – me, as producer, the interviewee. It’s all about the trip I’ve been planning and how somebody can learn to drive on the “other side” of the road.