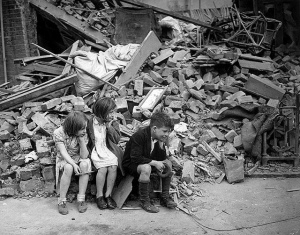 Life After Life is British author Kate Atkinson’s 8th novel. It’s about the many many lives of Ursula Todd, who is born many times on a winter’s night in England in 1910 and dies in many different ways – Spanish Flu, The London Blitz and various accidents. It’s all about the many twists and turns one person’s life can take and how that affects where we all end up, and at the same time illustrates what it was like to be a woman in 20th century England.

There is a whole lot of detail about day-to-day English life in the book, including some descriptions of awful-sounding food. I had fun asking Kate about that.

Kate came out to Sydney for the Sydney Writers’ Festival, and I caught up with her in her hotel lobby. I started off by asking how Kate came across the idea of telling a story through one individual’s many lives and deaths.

This was first broadcast on 2SER’s Final Draft on June 8. 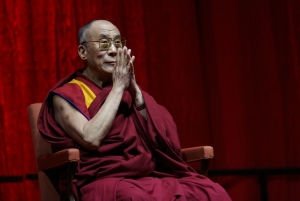 The Dalai Lama is visiting Australia next week. His guest lecture at the University of Sydney was the subject of some controversy.

I spoke to Kyinzom Dhongdue from the Australia Tibet Council on today’s Daily on 2SER. I started off by asking about who the Dalai Lama actually is and why this visit is significant.

I grew up with images and stories of Tibet, mainly because my mother worked with many Tibetan people in northern India as a young doctor. I always knew it as an exotic place where the people were peaceful and continually suffering. This is still the case, and I am interested to see if anything constructive comes out of this upcoming visit.

Harmless is the latest novella from Australian author Julienne van Loon, who was at the Sydney Writers’ festival to chat about novellas as a literary form. It’s a very layered, intricate book full of mysterious characters who embody the contradictions and complexities of modern suburban Australia, but it was actually inspired by a collection of ancient Buddhist stories called the Jataka.

The book follows eight year-old Amanda and elderly Thai man Rattuwat as they try to make their way to a prison to visit Amanda’s father.

I had a chat with Julienne about Harmless.

Julienne actually lives where her book is set – the outskirts of Perth. I started off by asking, “What was it about this landscape and the social milieu that inspired you?”

This was first broadcast on 2SER’s Final Draft on June 1. 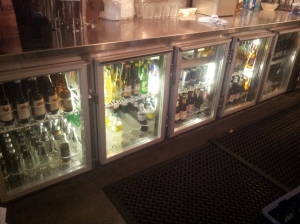 Two of my good radio friends and I – Tawar Razaghi and Miles Martignoni – decided to enter the Third Coast International ShortDocs Challenge. The challenge was to make a short radio documentary that was somehow related to “appetite” and presented in three “courses”. It also had to have a taste word in the title. Our end result could not have been called anything other than Lemon, Lime and Bitters, fixated as it was on one man’s quest for intoxication and the resulting unease this was causing for his lady friend.

We don’t know which docs were shortlisted yet but we are crossing our fingers! (Or pressing our thumbs, as the Germans would say.)

This week in politics was dominated by a failed bill that would have provided more public administrative funding to political parties and impose tougher rules on donations. Tony Abbott withdrew support for the bill, saying “the people have spoken”. What were the people saying? And who comes out looking the worst from this whole episode? Crikey’s man in Canberra Bernard Keane chatted to me on The Friday Daily on May 31. 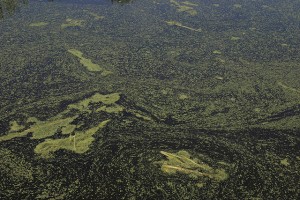 Finding alternative sources of energy is high on the country’s agenda – or at least it should be. Julian Cribb is a science writer who believes that Australia could feed and power itself using algal biofuels. He joined me on The Friday Daily on 2SER on May 31.